St. Louis Gets Its Largest Industrial Lease Ever 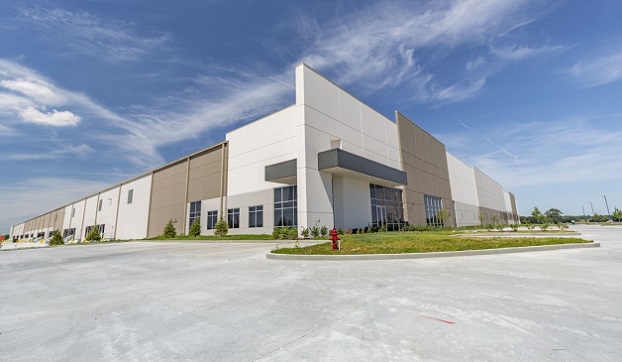 TriStar and its long-time partner, PCCP, LLC, a Los Angeles-based finance and investment management firm, will create their sixth and seventh buildings together for this project, which they say is the largest industrial property transaction in the metro area’s history. The deal, inked on March 9, represents the culmination of a seven-month competition involving many of the top
commercial developers in the St. Louis market.

‘What tipped the scales in our favor was our ability to provide a campus environment that is expandable by 1.4 million square feet and that has direct access to an interstate highway interchange,” says Bobby Klucker, director of development for TriStar. “There was also a high level of confidence in the ability of TriStar and its construction partners and vendors to complete the one-million-plus square foot buildings on an extremely aggressive construction schedule.”

As reported in GlobeSt.com, in the last five years the central location and availability of land has made the submarket quite popular among distributors, especially ones that need huge amounts of space. Currently offered at the development is newly completed Gateway East 594, a 593,940 square-foot cross-docked facility with 36’ clear-height, 570 feet of depth, 66 dock doors and two drive-in doors. Standing on a 54-acre site, it is expandable to roughly one million square feet.

Since Gateway opened in 1998, when Dial Corp. took the first building here, the site has attracted an impressive roster of tenants, including international 3PLs GEODIS and DB Schenker, alongside Amazon, Ozburn-Hessey Logistics, Saddle Creek Logistics Services, and many others.

That activity has also brought in investors. TriStar recently sold two mega-cube distribution centers it completed in 2017 to Dallas-based L&B Realty Advisors. The buildings total 1.14 million square feet and occupy a combined 99 acres of land. GEODIS and DB Schenker each agreed to lease one of the new structures. The sales price was $64 million.

The WWT lease calls for TriStar to develop two equally sized buildings totaling 2.025 million square feet, supported by parking for nearly 2,000 vehicles. TriStar will begin work later this month on WWT’s first building, a technology center devoted to the production and assembly of technology equipment. The developer plans to complete the first building in April 2019, and logistics center, for product storage and distribution, in August 2019.

Michael Towerman, co-founder and president of TriStar, notes that “with 18 bulk buildings containing nearly 13 million square feet under roof, we continue to be pro-active in producing distribution space that anticipates the need of major consumer goods companies for efficient, expandable bulk space configurations.”