TriStar began construction of this 2,300-plus acre, master planned business and distribution center in 1997. The specific site for this business park was chosen because of its central Midwestern location and superb interstate access. Since 1997, over 8,000,000 square feet of buildings have been built in the park and it is recognized as one of the most successful distribution hubs in the United States. TriStar-affiliated partnerships have both developed buildings for users and sold land to companies constructing their own facilities.

Gateway is home to major distribution centers for such bluechip companies as Hershey, Dial, Unilever, and Procter & Gamble. In 2004, a TriStar-affiliated partnership completed an $8 million diamond interchange near the center of the park to improve access. TriStar is interested in finding large tracts of well-located land with interstate exposure that are lacking access or interchanges. We will consider purchasing such land and building interchanges for access. 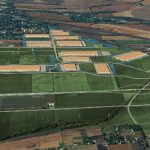 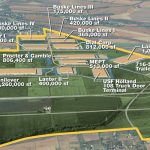